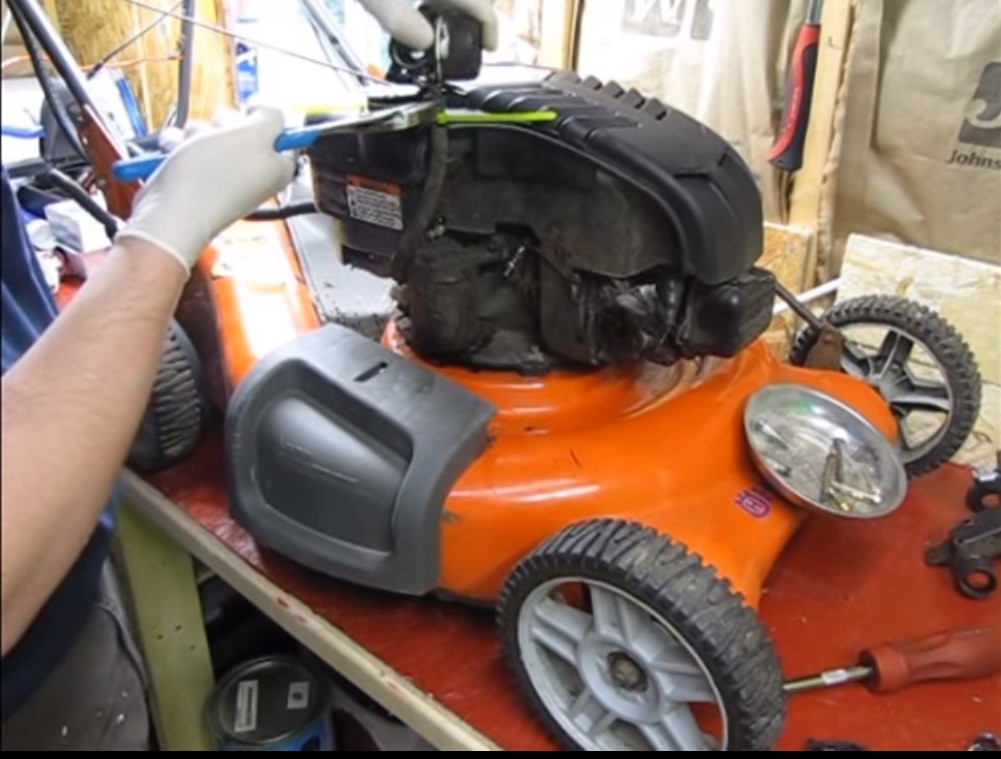 Though lawnmower keeps running till you shut it off on your own. But with time, it is common for any electrical machine, including lawnmowers to behave abnormally; it may suffer from cold wear issues, engine issues. So as Husqvarna mower dies when blades engaged, most of the other lawnmowers do the same.

Most of the people using Husqvarna mowers experience this unusual situation that when they engage the blades, their engine dies, it stops working, and it gets disconnected.

Engine dying issue during blades engagement is not a natural kind of problem and is not with every Husqvarna user. The lawnmower has some unusual reasons behind this condition.

In this article, we are going to extract out all the reasons for stalling and dying of the engine. We will help you with the possible solutions and methods to maintain your lawnmower by avoiding this issue.

There can be many reasons behind the engine dying during blade engagement. Let’s have a detailed look at these causes and have a comprehensive look at their best possible solutions entirely to overcome and avoid them in the future.

The reasons can be:

A carburetor is a device that mixes air and fuel in the proper air-fuel ratio for internal combustion in the engine.

The residue of old fuel left in the tank can create a restriction in the carburetor. And this restriction can affect the engine in several ways. It will have an adverse effect on:

How to maintain restricted carburetor

That is why you always advised to:

As fuel is consumed, the level of the fuel in fuel tank lowers. to make up for fuel caps have small vent holes to allow air in the fuel tank. It can be the cause of stop that your fuel tank is not venting properly.

If the vent holes have a blockage due to the debris, dirt, or fuel residue, then the air would not be entered in the tank. And it will cause a vacuum in the fuel tank, which makes the engine stop.

Moreover, clogging of the cap will stop the proper flow of fuel coming towards the engine or will make the flow that much slower, which will not be enough to start the engine.

How to fix clogged or vented fuel cap

So, when you noticed that you have a lousy vent in the fuel cap and your tank is not vented properly, and it will let you think that your lawnmower is running out of fuel.

You can fix it with a simple, easy, and cheap way by:

A spark plug is a current delivering device that controls the flow of electric current from an ignition system to the combustion chamber engine to ignite the compressed fuel and air mixture by an electric spark by keeping the combustion pressure within the engine.

Due to carbon build-up and a weakened electrode, the spark plug would degrade over time, and cause the engine to stop. If the insulator is damaged, then it causes the electrode to burn, and it stops the engine.

How to replace a defective spark plug

The only and easy way to fix the spark plug related issue is:

You can follow the following simple steps to replace the broken piece;

A drive belt is a part to drive most of the engine parts including major parts of the mower such as a power steering pump, water pump, air conditioning compressor, air pump, etc. The belt itself is driven and guided by a pulley and a belt tensioner installed on the engine crankshaft.

A poorly routed belt along with the stuck pulley that doesn’t spin freely can cause the engine to die during blade engagement.

Steps to fix or replace a broken or poorly routed belt

By following these steps, you can make your lawnmower capable of avoiding all engine issues related to the drive belt:

The main function of pulleys is to ensure the smooth spinning or properly routed drive belt. The drive belt and the spindles drive the pulleys in the lawnmower.

If a pulley doesn’t spin freely, it can affect and cause the engine to die throughout blade engagement. Moreover, a faulty pulley can cause severe damage to the belt and also change the working functions of the components.

Steps to replace the idler or faulty pulley

We hope that with the explained reasons along with their helpful solutions and fixing tricks, it is now easy for you to maintain your engine thoroughly.

Moreover, it helps you in providing you with a durable, long-running lawnmower.

Thus, by tracking the reasons for stalling and dying of the engine during blade engagement, you will now tackle your issue and will solve it by your hands without wasting your savings on the lawnmower maintenance.

LawnMowerAdvice is a participant in the Amazon Services LLC Associates Program, an affiliate advertising a program designed to provide a means for sites to earn advertising fees by advertising and linking to Amazon. com